Our friends hosted the most adorable pumpkin carving party last week on their awesome patio. They made delicious turkey burgers and mulled wine, and everyone brought snacks, pumpkins, and carving tools–it was so fun and festive! And you guys, my fiance is a master pumpkin carver. Yes, he follows a pattern we purchased at Target, but he perfectly executes the five pumpkin level pattern because he’s soooo patient! That Scott family of his taught him well. My ghost pattern was a two pumpkin level in difficulty, and I almost gave up half way through scooping out the goop, but once that part was over I was on my way. We preserved them in our fridge to simulate east coast weather so they would last until the weekend for The Whaling Club. Smart, right? Thanks, Google. 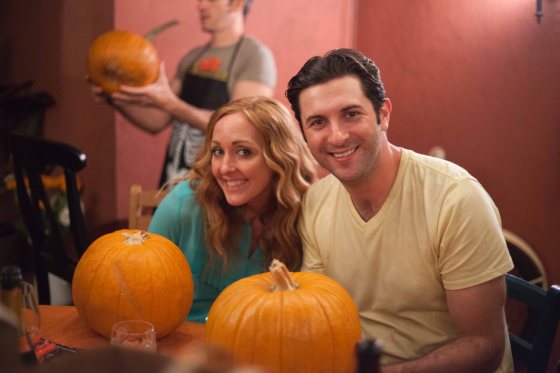 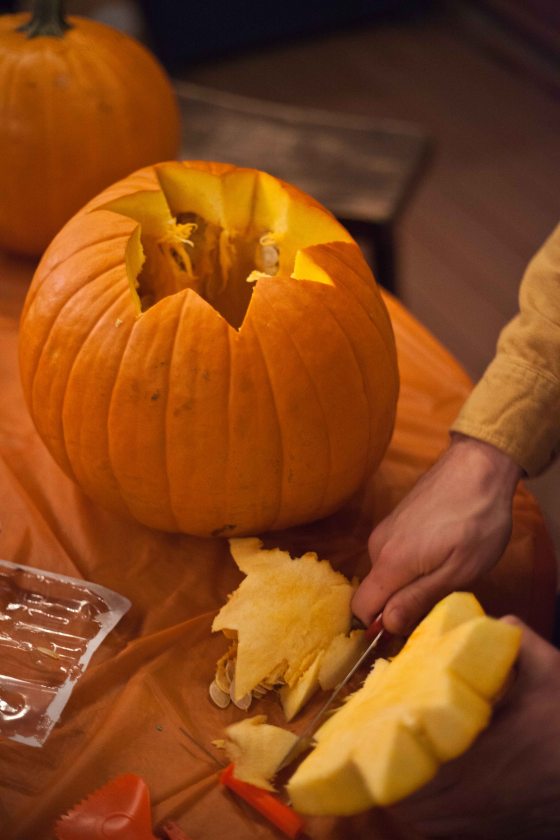 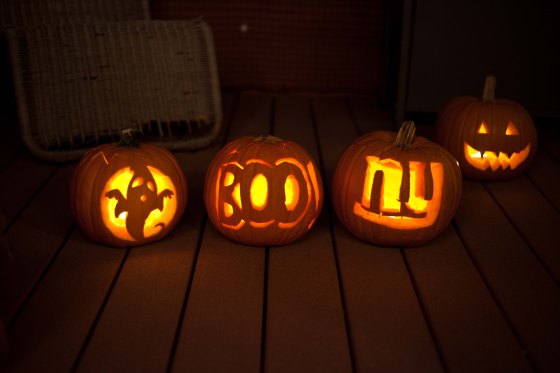 Also, I just did a little digging and found these impressive pumpkin carvings Dan and I did sophomore year of college. I think that may be the last pumpkin I carved until now!