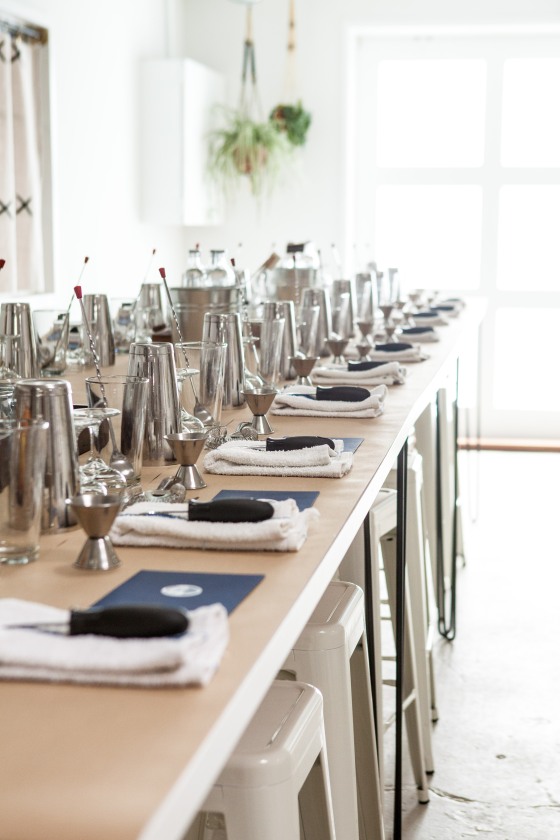 At the end of April, The Whaling Club hosted a gin cocktail and oyster shucking workshop at The Jefferson in Culver City. Gin and oysters are one of our favorite pairings, and we loved sharing some knowledge on both from the professionals: Chef Noah Rosen and House Spirits Distillery’s Director of On Premise Outreach and Education, Brooke Arthur.

Noah kicked it off with the oyster shucking lesson. He brought three kinds of oysters to shuck and taste: Kumiai, Beausoleil, and Shigoku. I was so proud of everyone! Bunch of pros right off the bat (and no one cut themselves!). 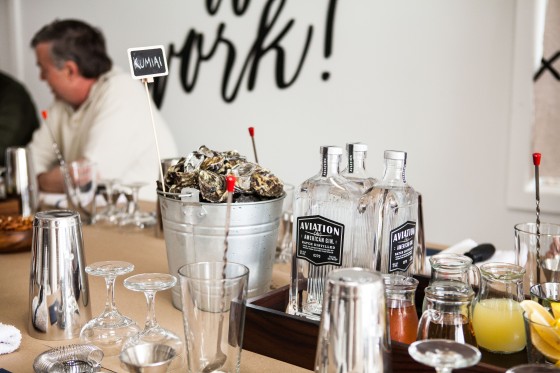 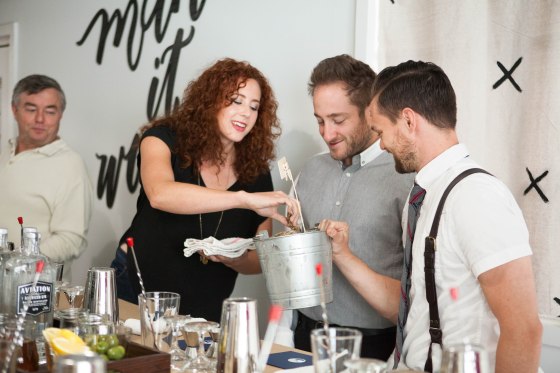 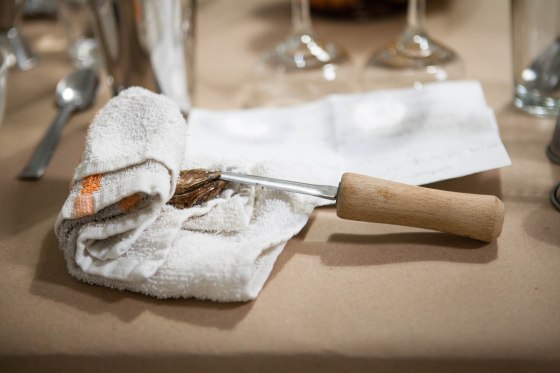 Once everyone had shucked and enjoyed a few oysters, Dan taught everyone how to make their first cocktail: The Blind Date. The Blind date is a refreshing and delicious shaken gin cocktail with lemon, Lillet rose, and St. Germain. 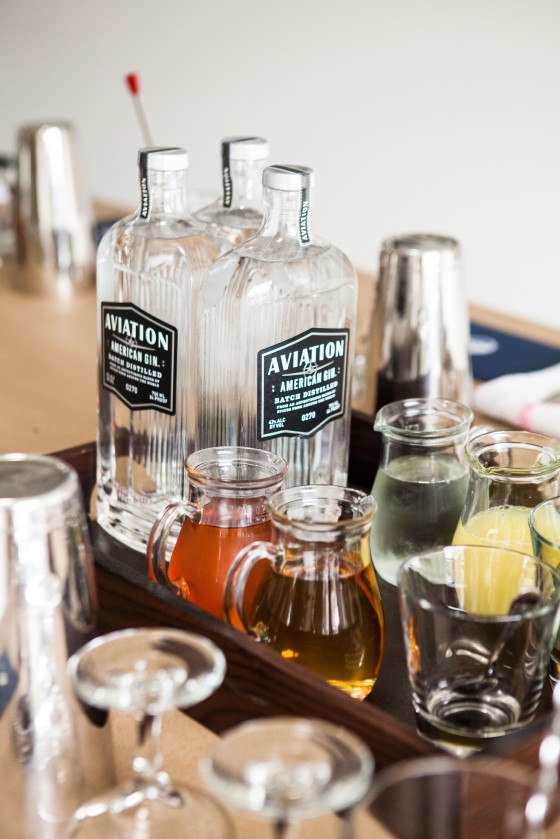 Dan then discussed the history and evolution of the classic martini, and lead everyone in stirring their own.

Brooke taught us all about Aviation Gin; the flavor profile and how it’s distilled in Portland. At the end, she offered tastings of the other House Spirits products, and I think I caught a few people tasting out of their oyster shells! Love it! 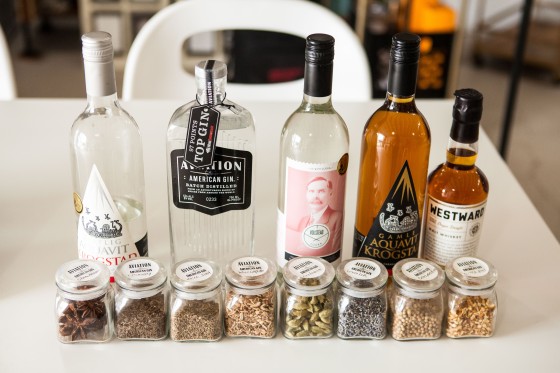 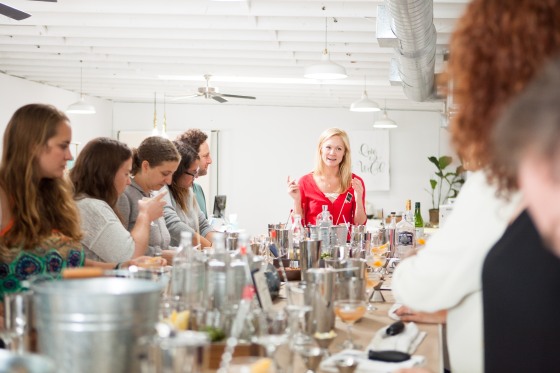 Thank you to all who attended! We had a wonderful time meeting each of you! 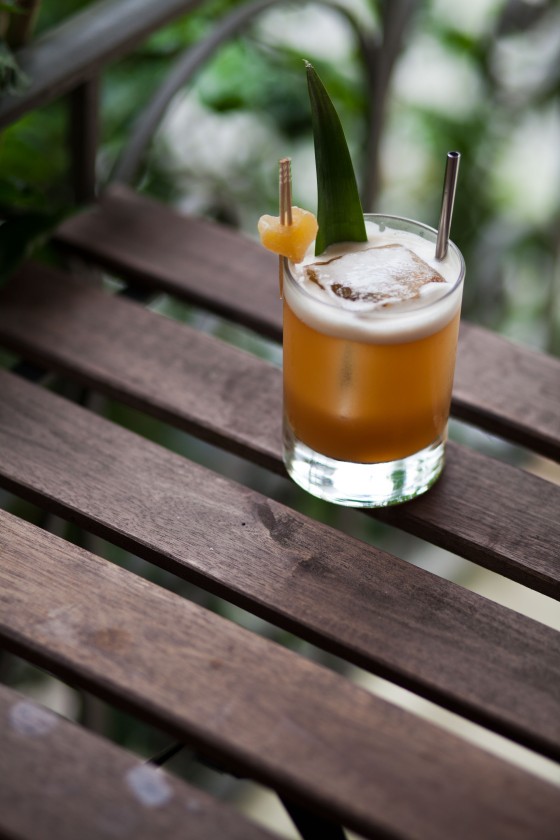 September may technically be the end of summer in other parts of the country, but it kinda feels like we’re still right in the middle of it here in Los Angeles! Dan’s cocktail menu featured seasonal ingredients, starting off with a simple and refreshing gin cocktail called the Pipe Dream with watermelon and mint. Next was the Sinker, which always tends to convert people who think they don’t like Scotch into loving Scotch. And lastly, the Grand Canal, a stirred drink with rye, cardamaro, cucumber, and an absinthe rinse. Cardamaro is an amaro flavored with cardoon, a thistle like plant in the same family as an artichoke. Chef Frank Anderson (and Rebecca Ambrosi!) joined us again and really pulled out all the stops. The beef tartare with quail egg was my favorite. Hello. Also, how pretty are those little quail egg shells? 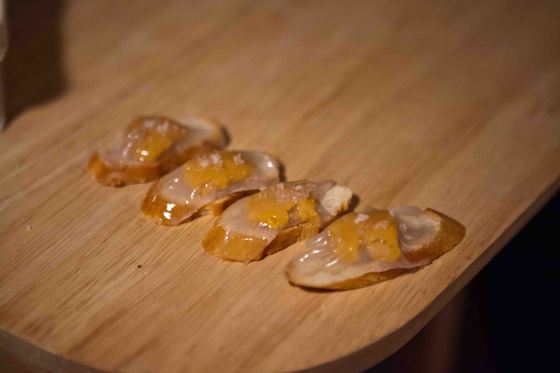 Next month will be our one year anniversary of The Whaling Club! We love hosting and sharing cocktails–it always feels celebratory! Dan and I were just talking about when we sent out the first invite–we were so worried no one would come! Thank you to all who have supported this adventure over the last year and attended TWC.

Logo and artwork by Sarah Mullin.

Gin! Oysters! Yum! Chef Frank Anderson joined us at The Whaling Club this month, shucking Buckley Bay oysters alongside Dan’s gin cocktails. We set Frank up in the kitchen with Dan, and guests could pass by and kick back an oyster while watching the two in action. They work together at Son of a Gun restaurant, Dan in the front of house and Frank running the back of house, so it was fun seeing them side by side doing their thing. It’s so interesting to observe how everyone eats their oysters! I love just mignonette on mine, Frank recommends lemon and little horseradish, and our friend Noah likes a little bit of everything. Our friend, Mesch, tried his very first oyster and loved it! How do you like yours? 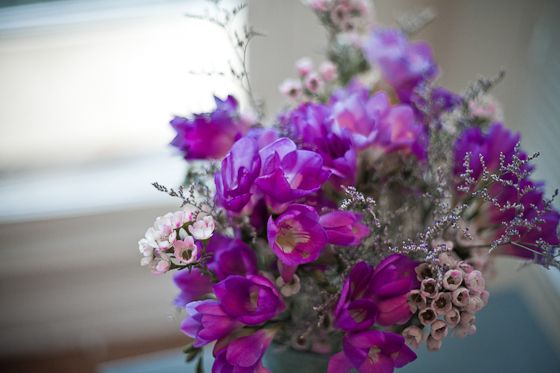 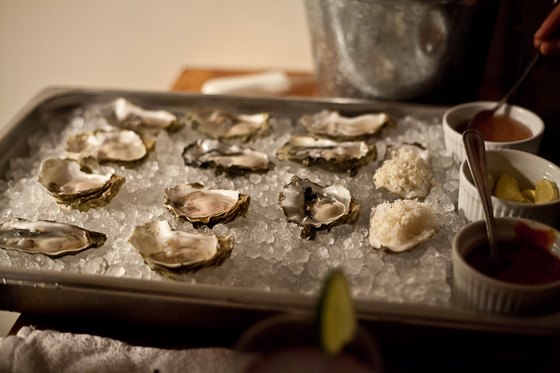 Dan’s drinks were spot on. The Southside Royale served in a coupe felt like a celebratory way to kick off the evening. The Nagami Swizzle was such a gorgeous looking drink with layers of color and the pop of kumquat on the top. But the White Negroni was definitely a (surprise) favorite of the night. If you’re not familiar with Suze, it’s a French, bitter apertif that’s a little bit sweet and herbal. Dan hand cut all the ice used for serving and shaking. 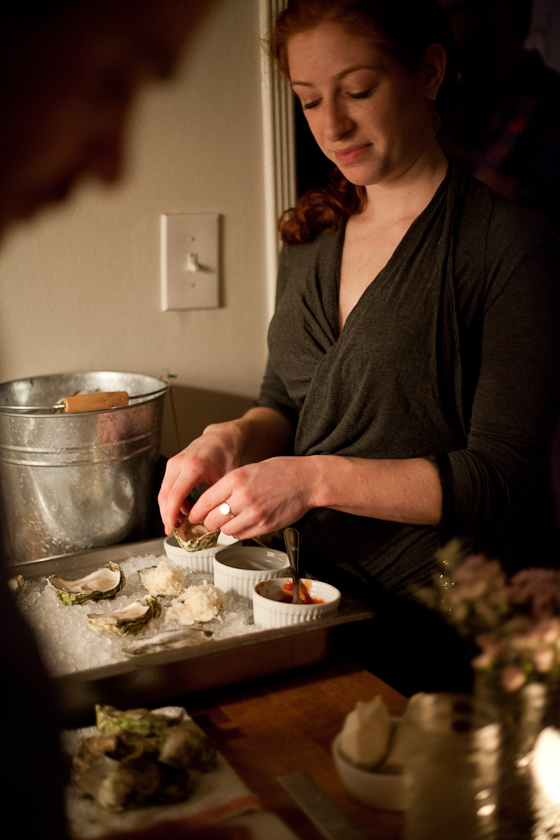 As always, guests were given their own copy of the menu to take home, with Sarah Mullin’s perfect drawings and logo design. I wanted to reach through my computer and squeeze that oyster drawing it was so adorably accurate. Thank you to all our stylish and festive guests who joined us! If you’d like to be added to our mailing and invite list, comment below or shoot us an email at reservations@thewhalingclub.com. 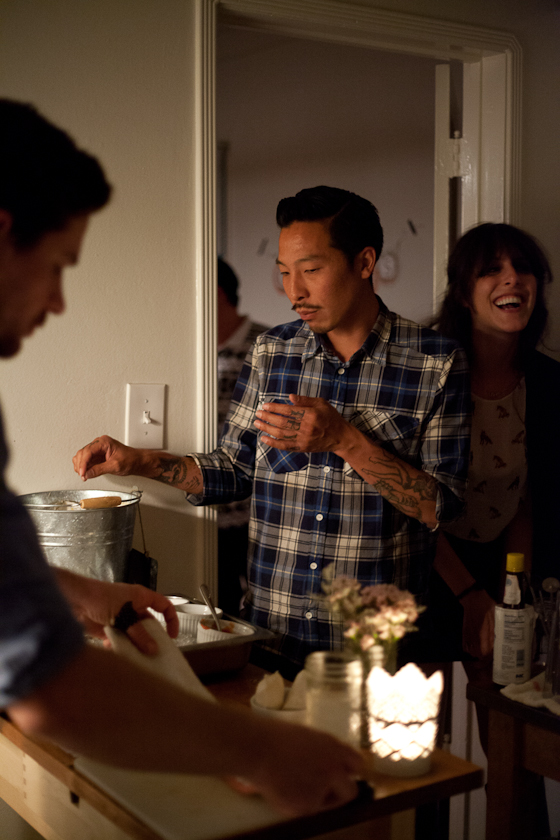 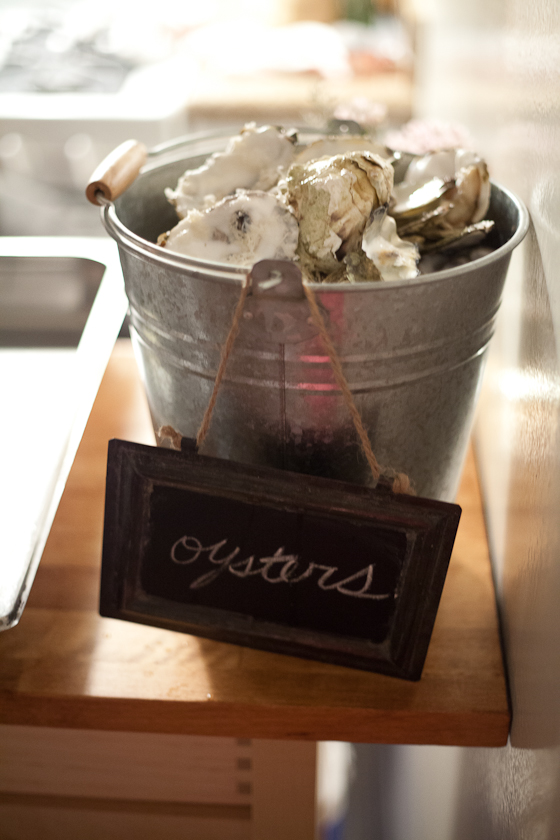 Special thanks to Pour Vous for the crushed ice!